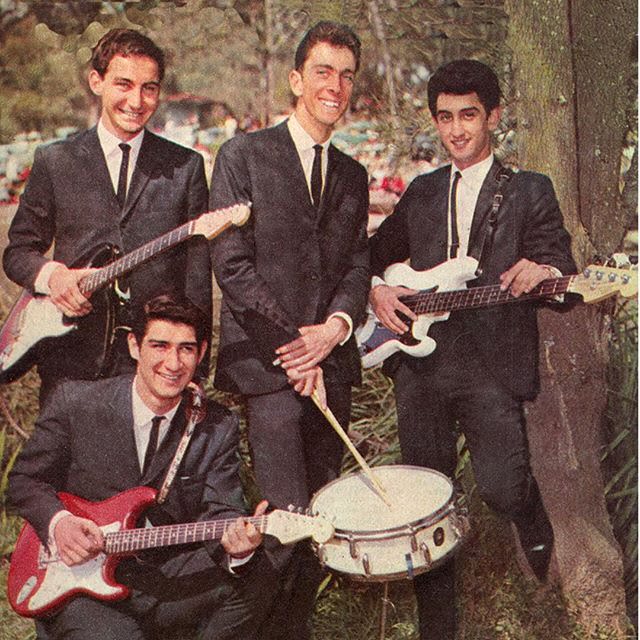 The Atlantics are an Australian surf rock band founded in 1961. Initially, the band lineup consisted of drummer Peter Hood, bassist Bosco Bosanac, Theo Penglis on lead and rhythm guitar, and guitarist Eddy Matzenik. Matzenik was replaced by Jim Skaithitis while the band was still in its earliest stages. The band’s claim to fame was as Australia’s most successful of the genre. Most well known for their classic hit, ‘Bombora’, their later recordings such as ‘Come On’ are examples of 1960s garage rock. They were the first Australian rock band to write their own hits. In 2000 the group reformed with three of the original members, and continue to release new material and perform in concert. In 2013 the group celebrated the 50th Anniversary of their first album, Bombora and the eponymous single that was their first to chart. A European tour was organised to mark the occasion.

Bombora’ was added to the National Film and Sound Archives Sounds of Australia registry in 2013.

We See You’re a Fan of The Atlantics