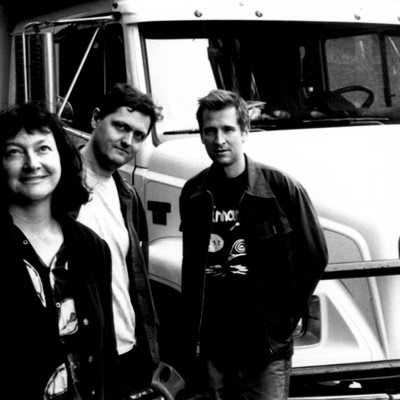 The Cannanes are a longstanding Australian indie pop band formed in Sydney in late 1984. In the band’s 30-year plus history the lineup has regularly changed, with Stephen O’Neil and Frances Gibson the only constant members.

The original 1984 line-up of the band was Stephen O’Neil (vocals, guitar), Annabel Bleach (vocals), Michelle Cannane (guitar and percussion), Frances Gibson (bass), and David Nichols (drums). The band released their first single ‘Life’/’It’s Hardly Worth It’ in a limited edition of just 12 cassettes in 1985, followed the same year by a cassette album, The Cannanes Come Across with the Goods. The band’s first vinyl release was the Bored Angry & Jealous EP in 1986, which was proclaimed ‘Single of this and any other week’ by The Legend! writing in the NME. Bleach left in 1987; Susan Grigg joined briefly on violin, but she and Cannane left soon afterwards The band underwent several line-up changes over the years: Randall Lee (of Ashtray Boy) was a member of the group in 1987-88 during which time they recorded their debut album, The African Man’s Tomato and two singles released simultaneously, ‘Cardboard’ and ‘I Think the Weather’s Affected Your Brain’.

We See You’re a Fan of The Cannanes