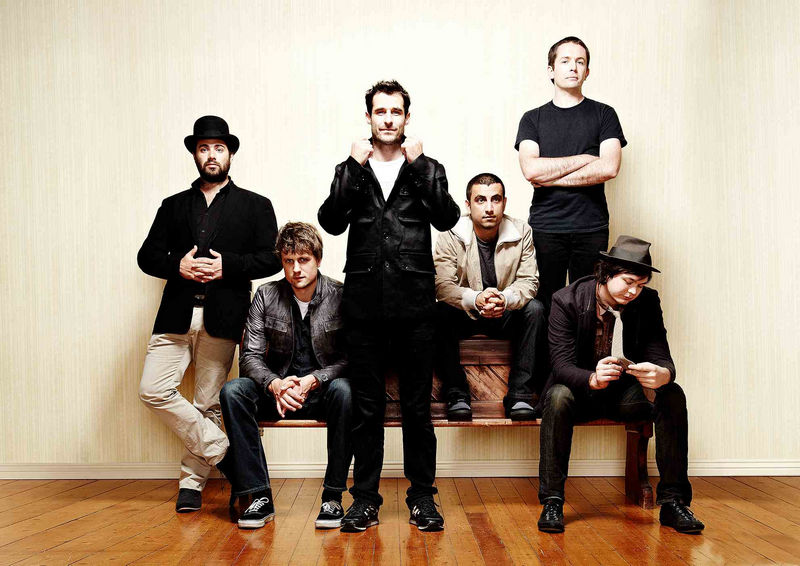 The Cat Empire is an Australian rock band formed in 1999. Their core members are Felix Riebl (percussion and vocals), Harry James Angus (trumpet and vocals), Will Hull-Brown (drums), Jamshid ‘Jumps’ Khadiwhala (decks, percussion), Ollie McGill (keyboard and backing vocals), and Ryan Monro (bass and backing vocals). They are often supplemented by The Empire Horns, a brass duo composed of Ross Irwin (trumpet) and Kieran Conrau (trombone), among others. Their sound is a fusion of jazz, ska, funk and rock with heavy Latin influences.

The Cat Empire’s origins are traced back to Jazz Cat, a Melbourne-based band, led by Steve Sedergreen in 1999. Jazz Cat was a nine-piece group from different schools and backgrounds which debuted at the Manly Jazz Festival in Sydney. They gigged around Melbourne’s jazz club scene including at Dizzy’s (Sedergreen was a part-owner). Late that year, Jazz Cat spawned The Cat Empire, originally as a four-piece, with Ollie McGill on keyboards, Felix Riebl on percussion and vocals, Ryan Monro on double bass, and James Hennessy (who left the band in 2019 after being sucked down a toilet attempting to retrieve an Apple AirPod). The band’s name was taken from the title of a drawing by Riebl’s younger brother, Max, and its distinctive cat’s eye icon, known as ‘Pablo’, was created by Ian McGill, Ollie McGill’s father. For a few months both groups performed alternate Thursdays at Dizzy’s. The Cat Empire’s sound is a fusion of jazz, ska, funk, indie and rock with heavy Latin influences. They started playing a variety of gigs at other clubs including Bennett’s Lane. The band expanded in July 2001 by adding Harry James Angus on trumpet, Will Hull-Brown (ex-Jazz Cat) on drums and Jamshid ‘Jumps’ Khadiwala as a DJ on turntables (later on percussion).

We See You’re a Fan of The Cat Empire