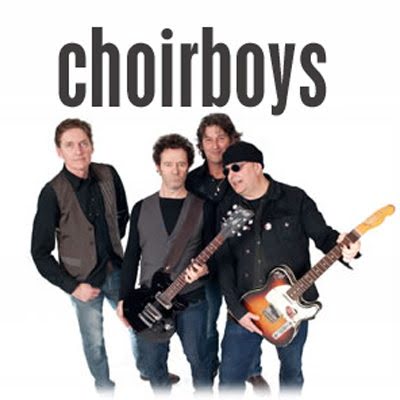 The Choirboys is an Australian hard rock and Australian pub rock band from Sydney formed as Choirboys in 1979 with mainstays Mark Gable on lead vocals, Ian Hulme on bass guitar, Brad Carr on lead guitar and Lindsay Tebbutt on drums. In preparation for their second album Big Bad Noise in 1988, the band changed their name to The Choirboys. The band line-up saw many changes from 1983 to 2007, while releasing 8 studio albums. Their 1987 single ‘Run to Paradise’ remains their biggest commercial success.

Choirboys formed in the Northern Beaches area of Sydney as a hard rock pub band in 1979. Original members were Brad Carr on lead guitar, Mark Gable on vocals, Ian Hulme on bass guitar and Lindsay Tebbutt on drums.

We See You’re a Fan of The Choirboys