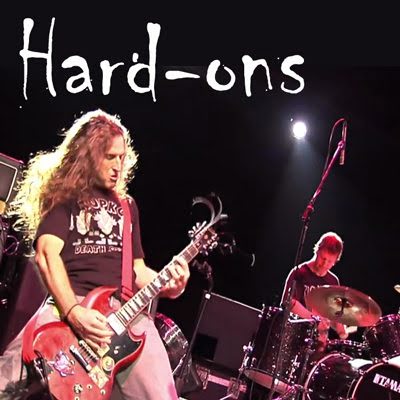 The Hard-Ons are an Australian punk rock band which formed in 1981. Founding members included Keish de Silva on guitar, vocals and Peter ‘Blackie’ Black on guitar, Ray Ahn soon joined on bass guitar with de Silva switching to drums. The group issued eight studio albums before disbanding in 1994. They reformed in 1997 to release further material. In 2002 de Silva was replaced on drums by Peter Kostic, who was replaced in turn by Murray Ruse in 2011. De Silva returned as a guest vocalist in 2014 and permanently rejoined the band in 2016. During their first 12 years, the group issued 17 consecutive number-one hits on the Australian alternative charts. During that time they became Australia’s most commercially successful independent band, with over 250,000 total record sales.

Australian music historian, Ian McFarlane, described their music as ‘cheap and potent, their appeal selective. Yet never has so much been owed by so many to so few chords … fused punk tempos, hardcore attitude, heavy metal riffs and surf-pop melodies into a seamless ball of energy’.

We See You’re a Fan of The Hard Ons