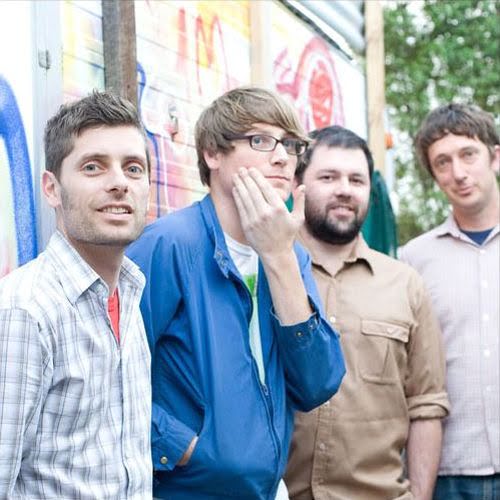 The Lucksmiths were an Australian indie pop band formed in March 1993 by Marty Donald on guitar, Mark Monnone on bass guitar and Tali White on drums and lead vocals. Louis Richter (ex-Mid State Orange) joined on guitar in 2005. They released eight studio albums, First Tape (1 September 1993), The Green Bicycle Case (July 1995), What Bird Is That? (September 1996), A Good Kind of Nervous (1997), Why That Doesn’t Surprise Me (5 March 2001), Naturaliste (10 March 2003), Warmer Corners (4 April 2005) and First Frost (2008), before disbanding in August 2009. The group provided witty, intelligent lyrics, a strong melodic sense and a jangly pop sound harkening back to early-1980s bands such as The Smiths and The Go-Betweens.

The Lucksmiths were formed in March 1993 in Melbourne as an indie pop band by guitarist Marty Donald, bass player Mark Monnone, and drummer-vocalist Tali White, who were all high school friends. Both Donald and Monnone were members of a school boys band, The Buzzards, ‘sharing a love for the Cowboy Junkies, The Rolling Stones and Billy Bragg.’ Soon after White joined and the group practised at Donald’s home. Donald and White began writing songs together while the Buzzards disbanded and Monnone travelled to visit Finland.

We See You’re a Fan of The Lucksmiths