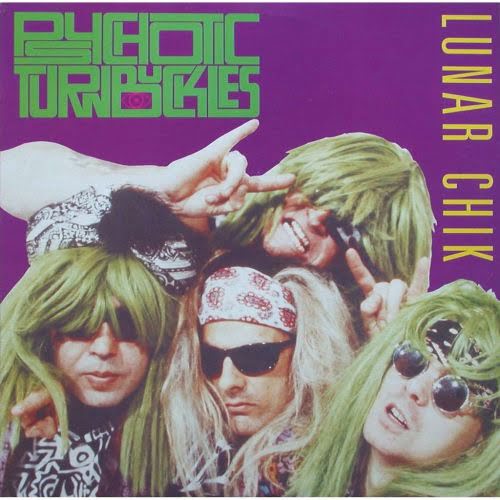 The Psychotic Turnbuckles was a garage punk band that originated in Sydney, which was formed in 1984. The group’s original members were ‘Jesse the Intruder’ a.k.a. Colin Caldwell (vocals), ‘The Grand Wizard’ a.k.a. Vince Cuscuna (guitar), ‘El Sicodelico’ a.k.a. Jay Younie (guitar), ‘The Creep’, (bass and vocals), and ‘The Spoiler’, (drums), who died in 2013 and was replaced by ‘Gorgeous’ Karl Domah (a.k.a. ‘Lord Domah’).

The Psychotic Turnbuckles were part of a wave of hard rock bands that sprang up in Australia in the first half of the 1980s with roots in the US 1960s punk and 1970s big-energy Detroit rock scenes.

We See You’re a Fan of The Psychotic Turnbuckles