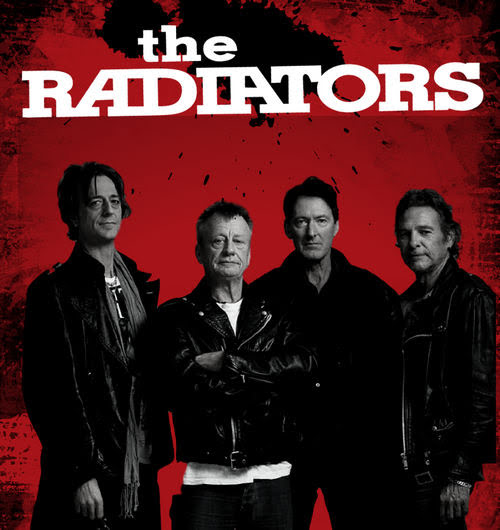 The Radiators are an Australian pub rock band formed in September 1978. Mainstay members are Brian Nichol on lead vocals and guitar, Stephen ‘Fess’ Parker on lead guitar and Geoff Turner on bass guitar. In 1989 they were joined by Mark Lucas on drums. Their most popular albums are Feel the Heat (March 1980) and Scream of the Real (May 1983), which both peaked in the top 25 of the Australian Kent Music Report Albums Chart. Their best known songs are ‘Comin’ Home’, ‘No Tragedy’ and ‘Gimme Head’. Rock music historian, Ian McFarlane described the group as ‘an archetypal, hard-working pub-rock band capable of delivering tightly crafted, well-executed, hard-hitting metal-pop anthems backed by a playful sense of humour. The band toured constantly, racking up over 2500 gigs by the early 1990s’.

The Radiators were formed in Western Sydney in September 1978 as a pub rock band with Brendan Callinan on keyboards and vocals, Brian Nichol on lead vocals and guitar, Stephen ‘Fess’ Parker on lead guitar, Chris Tagg on drums and Geoff Turner on bass guitar. Nichol and Parker grew up in Bega where they attended the local high school. They formed a local group, Undecided, and in 1969 they relocated to Sydney. Callinan, Nichol, Parker and Tagg were all ex-members of hard rockers, Big Swifty which had formed in 1975. Turner had been in Twister which had issued two singles in 1977 prior to disbanding. The Radiators signed with WEA Records and issued their debut single, ‘Comin’ Home’ in September 1979. It peaked at No. 33 on the Australian Kent Music Report Singles Chart. A second single, ‘Fess’ Song/Gimme Head’ was released in February 1980. In March 1980 the group released their first album, Feel the Heat, which was produced by Charles Fisher (Radio Birdman, Ol’ 55). They supported the Australian leg of a tour by United Kingdom rock group, The Police.

We See You’re a Fan of The Radiators