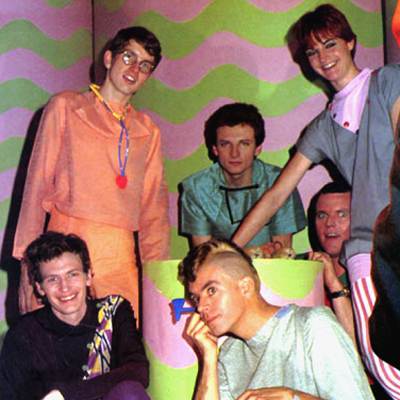 The Reels is an Australian rock–indie pop group which formed in Dubbo, New South Wales, in 1976, disbanded in 1991, and reformed in 2007. Their 1981 song ‘Quasimodo’s Dream’ was voted one of the Top 10 Australian songs of all time by a 100-member panel from Australasian Performing Right Association (APRA) in 2001. The Reels had top-10 Australian Kent Music Report Singles Chart success with covers of Herb Alpert’s ‘This Guy’s in Love With You’ (No. 7, 1982) and Creedence Clearwater Revival’s ‘Bad Moon Rising’ (No. 11, 1986). Rock music historian Ian McFarlane described them as ‘one of the most original and invigorating pop bands to emerge from the Australian New Wave movement of the late 1970s’.

Native Sons, consisting of John Bliss on drums, Craig Hooper on lead guitar and synthesiser, and Dave Mason on vocals, formed in the country town of Dubbo, New South Wales in 1976. Mason is the son of NSW parliamentarian, John Mason, who was the state’s Liberal Party leader during 1978–1981. Colin (Polly) Newham (keyboards/brass) from Orange, N.S.W. joined in 1977.

We See You’re a Fan of The Reels