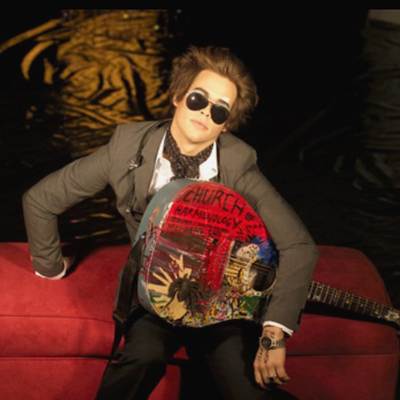 The Sleepy Jackson are an Australian alternative rock band formed in Perth, Western Australia. The band’s name was inspired by a former drummer who was narcoleptic. The band revolves around the distinctive vocal style of multi-instrumentalist and songwriter Luke Steele. Stemming from a musical family, Luke’s father Rick Steele is a local blues musician, and two of Luke’s siblings are also musicians, with brother Jesse a former member of The Sleepy Jackson (and currently performing with father Rick in The Hot Biscuit Band), and sister Katy, who fronts another Perth rock band, Little Birdy. While a series of acclaimed EPs brought The Sleepy Jackson to a broader musical attention of Australia, it was the release of their 2003 album Lovers and 2006 second album Personality – One Was a Spider, One Was a Bird that directed significant international focus upon the band.

The Sleepy Jackson formed in 1998 with the original lineup featuring Luke Steele (vocals and guitars), Jesse Steele (drums), and Matthew O’Connor (bass). This lineup recorded a self-titled debut EP and a subsequent single titled ‘Miniskirt.’ Both recordings were independently released. In 2000, as a result of non-musical commitments, Luke suggested that his brother should redirect his attentions and concentrate on other happenings in his life which ultimately resulted in Jesse following his advice and departing the band.

We See You’re a Fan of The Sleepy Jackson