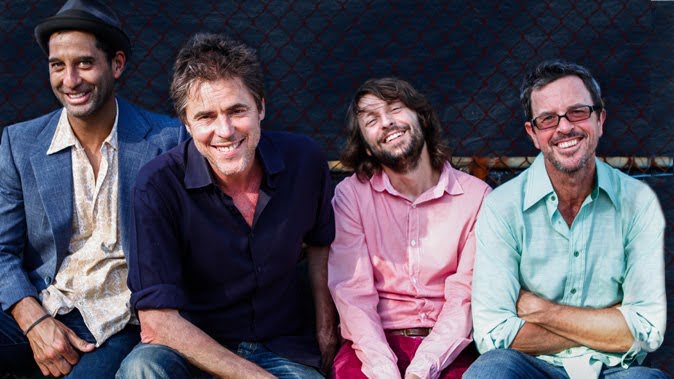 The Whitlams are an Australian indie rock/piano rock group formed in late 1992. The original line-up was Tim Freedman on keyboards and lead vocals, Andy Lewis on double bass and Stevie Plunder on guitar. Other than mainstay, Freedman, the line-up has changed numerous times. Since 2001 he has been joined by Warwick Hornby on bass guitar, Jak Housden on guitar and Terepai Richmond on drums. Four of their studio albums have reached the ARIA Albums Chart top 20: Eternal Nightcap (September 1997, No. 14), Love This City (November 1999, No. 3), Torch the Moon (July 2002, No. 1) and Little Cloud (March 2006, No. 4). Their highest charting singles are ‘Blow Up the Pokies’ (May 2000) and ‘Fall for You’ (June 2002) – both reached number 21. The group’s single, ‘No Aphrodisiac’ was listed at number one on the Triple J Hottest 100, 1997 by listeners of national radio station, Triple J. In January 1996 Stevie Plunder was found dead at the base of Wentworth Falls. Andy Lewis committed suicide in February 2000.

Tim Freedman (ex-Penguin on Safari, Olive Branch) and Anthony Hayes a.k.a. Stevie Plunder (ex-the Plunderers, New Christs) met at the Big Day Out Sydney concert in January 1992. While missing Nirvana performing inside the arena, the two planned to form a group. The Whitlams were formed as a pop band by September that year, with Freedman on keyboards and lead vocals, Andy Lewis on double bass (also ex-The Plunderers, The Gadflys, Olive Branch) and Plunder on guitar. Freedman named the band after the former Prime Minister of Australia, Gough Whitlam, although Plunder had sought to call themselves, ‘The Three Nice Boys’. According to Freedman ‘I loved the family names—the Smiths, the Reivers. I thought, the Whitlams, no-one’s done that. I’ll be able to steal all the goodwill that Australia holds in reserve for Gough Whitlam.’ Initially, without a drummer, the band developed their material acoustically at the Sandringham Hotel, Newtown. Australian music critic, Ed Nimmervoll, felt that they were ‘a sideline band formed by two Sydney songwriters in search of a bit of extra action.’ In December 1992 they played a gig in Canberra supporting the Gadflys.

We See You’re a Fan of The Whitlams