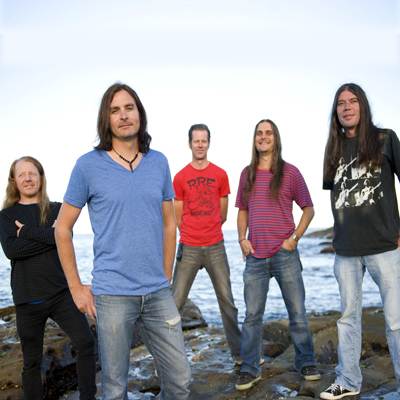 The group had a year-long hiatus from April 1998 after reconvening in 1999 they recorded Mumbo Jumbo (March 2000). At the ARIA Music Awards of 2000 it was nominated for Best Adult Alternative Album. Tumbleweed disbanded in 2001. In 2009 Tumbleweed reformed with their early line up of Jay Curley on bass guitar, his brother Lenny Curley on guitar, Paul Hausmeister on guitar, Richie Lewis on lead vocals, and Steve O’Brien on drums. Australian musicologist Ian McFarlane described the group as the ‘ultimate stoner’s band for the 1990s. From within a post-psychedelic underground haze that evoked the spirit of 1969, [they] came on with lashings of fuzz-drenched wah wah guitar riffs, hard-driving beats, languid vocal melodies and more hair than any band had a right to possess!’

We See You’re a Fan of Tumbleweed