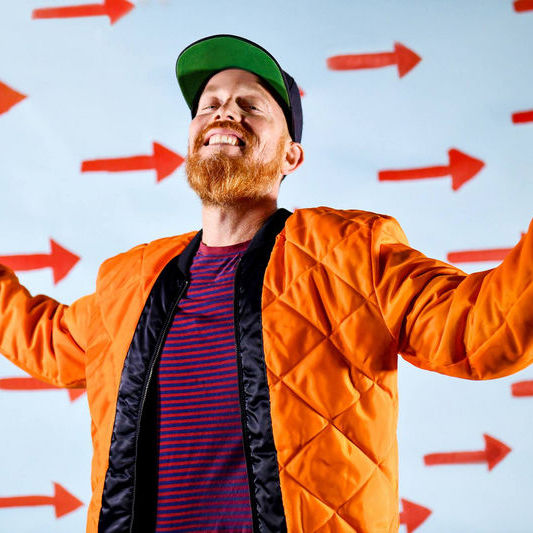 Tim Levinson, better known by the stage name Urthboy, is an Australian hip-hop MC and producer from New South Wales. He is widely known for his solo music under the moniker Urthboy, as a founding member of the hip-hop group The Herd, and for co-founding and managing the Elefant Traks record label. Levinson has released five solo albums: Distant Sense of Random Menace (2004), The Signal (2007), Spitshine (2009), Smokey’s Haunt (2012) and The Past Beats Inside Me Like a Second Heartbeat (2016); as well as five studio albums with The Herd.

With origins in Wentworth Falls, a town in the Blue Mountains area of New South Wales, Levinson’s interest in music began at an early age, when he was exposed to a broad range of musical styles, many of which were introduced to him by his older brother, Matthew. The Run DMC album Tougher Than Leather was the first influential hip-hop record for Levinson, who sought escape in music to cope with a difficult domestic situation—Levinson’s father left the family home due to domestic violence and alcohol use when Levinson was nine-years-old.

We See You’re a Fan of Urthboy