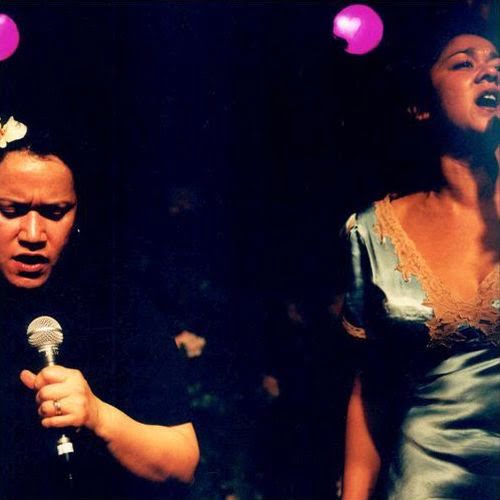 Vika and Linda are an Australian vocal duo consisting of Vika Susan Bull (born 1966) and her younger sister, Linda Rose Bull. They came to prominence after singing backing vocals in Joe Camilleris band The Black Sorrows from 1988. They left that group early in 1994 to start their duo with a self-titled album appearing in June that year. It peaked at No. 7 on the ARIA Albums Chart and No. 16 in New Zealand. Their other top 40 charting albums are Princess Tabu (August 1996) and Two Wings (September 1999).

Vika Susan Bull was born in 1966 in Doncaster, the older sister of Linda Rose Bull. Their mother, who was from Tonga, arrived in Australia in 1959 as a nursing student. Their father, whose parents were local orchardists, was from Melbourne. The family maintained close links to the local Tongan community, and the sisters were taught traditional singing and dancing. As children, they regularly performed with the family at dinner dances and the Tongan church they attended. After church they would have a Tongan feast, Vika recalled in 1995, ‘It didn’t matter what the occasion was we would sing. We had harmonies around us …, and now we mainly sing gospel …. It’s a way of letting loose, which is what gospel music is all about’. Vika received musical training. She had singing lessons, was taught the piano and how to read music. Vika and Linda both attended Camberwell Girls Grammar School. Vika left at the age of 17 to train as a legal secretary at Stotts College. Both worked at the Black Cat Cafe in their teens in Fitzroy.

We See You’re a Fan of Vika and Linda Bull