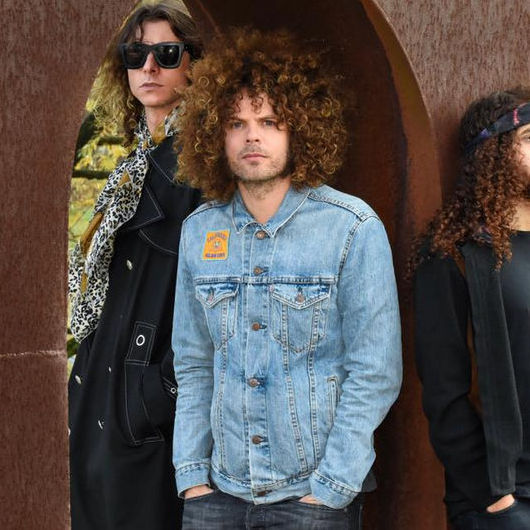 Wolfmother are an Australian hard rock band from Sydney, New South Wales. Formed in 2004, the group is centred around vocalist and guitarist Andrew Stockdale, who is the only constant member of the lineup. The band have been through many personnel changes since their formation, with the current incarnation including drummer Hamish Rosser and bassist Brad Heald, both of whom are former members of The Vines. The original – and most commercially successful – lineup included bassist and keyboardist Chris Ross and drummer Myles Heskett. Both Ross and Heskett left Wolfmother after four years in 2008.

Stockdale, Ross and Heskett formed Wolfmother in 2004 after several years of informal jamming. Signing with independent label Modular Recordings, the band released their self-titled debut album in Australia in 2005, which reached number 3 on the domestic albums chart. It was released internationally by Interscope and Island Records the following year, and to date has sold in excess of 1.5 million copies worldwide. After Ross and Heskett departed, Stockdale rebuilt the band with the addition of bassist and keyboardist Ian Peres, rhythm guitarist Aidan Nemeth and drummer Dave Atkins, who released Cosmic Egg in 2009.

We See You’re a Fan of Wolfmother