You Am I Bio 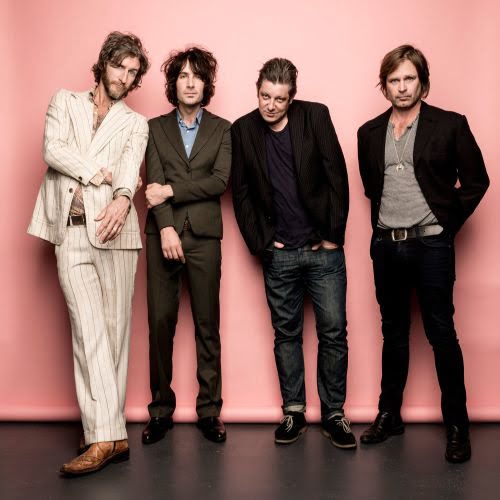 You Am I are an Australian alternative rock band, fronted by lead singer-songwriter-guitarist, Tim Rogers. They formed in December 1989 and are the first Australian band to have released three successive albums, which have each debuted at the number-one position on the ARIA Albums Chart: Hi Fi Way (February 1995), Hourly, Daily (July 1996) and #4 Record (April 1998). Nine of their tracks appeared on the related ARIA Singles Chart top 50 with ‘What I Don’t Know ’bout You’ (February 1998), their highest charting, at No. 28. You Am I have received ten ARIA Music Awards from thirty one nominations. The band have supported international artists such as The Who, The Rolling Stones, Sonic Youth and Oasis.

You Am I’s second studio album, Hi Fi Way, appeared in the eighth position in the book, 100 Best Australian Albums (October 2010). Their third album, Hourly, Daily was listed at number fifty five. The same two releases were also voted into the ‘Hottest 100 Australian Albums of All Time’ list compiled by Australian youth radio station, Triple J, in 2011. Fourteen of their songs have been placed on the related annual Hottest 100 lists with ‘Heavy Heart’ (July 1998), the highest at No. 9.

We See You’re a Fan of You Am I